Under the Skin Review 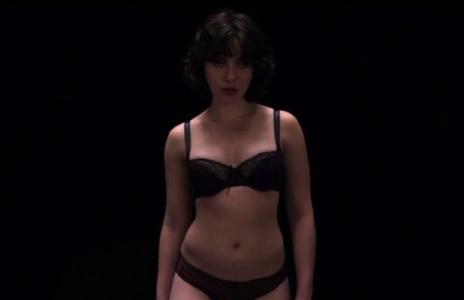 Critics have been raving about it, indie film fanatics have held it in high esteem and my friend and editor James Burt saw it twice. It seems like this film got Under The Skin of many people. It’s a film that has you mesmerised from the start, drawing you deeper into a dark world where an enigmatic woman lures men to their deaths. It’s a simple story, if it’s a story at all, but it is director Jonathan Glazer’s rendition of this slim tale that has people talking.

Based on the science fiction novel by Michael Faber, Under the Skin doesn’t sway too far from the beginning of the book which is about a predatory alien in female form that kidnaps men from the streets as she drives her Toyota Corolla around the Scottish Highlands. Jonathan Glazer swapped the car for a van, the Highlands for Glasgow and ditched the rest of Michael Faber’s story about canine aliens cannibalising the lonely men of Scotland. But what he replaced it with was spellbinding.

Jonathan Glazer is famous for his super stylish music videos. These include Jamiroquai’s Virtual Insanity, Massive Attack’s Live with Me and UNKLE’s Rabbit in your Headlights, a dramatic shot-on-the-street style video that could easily have been a scene in Under The Skin. Arresting imagery is Glazer’s forte and there’s no lack of it here.

RABBIT IN YOUR HEADLIGHTS

The movie begins with a Stanley Kubrick style opening. Quite what we’re looking at isn’t clear. It doesn’t really matter except to say that it’s the first of many puzzling scenes where the viewer is left to form their own opinion of what is happening. The drama that follows begins with a motorcyclist disposing of a female body and a woman (Scarlett Johannson) taking off her clothes. 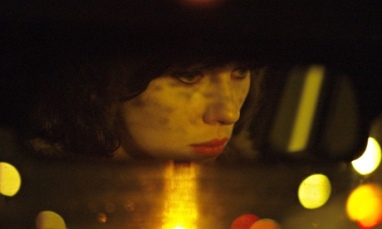 The newly dressed woman drives around Scotland in a white van and spends the rest of the movie trying to lure men inside, though not before making sure they are single, lonely and won’t be missed by family and friends. The scenes in the van have had a lot of press. Scarlett Johannson learned to drive the van, the men were real and the scenes were shot on hidden cameras. It reminded me of an old TV series Taxicab Confessions, an award-winning reality show that used the same hidden camera techniques to give us insight into the ‘real world.’

The pickup scenes are fascinating though sometimes the accents were so thick that they drew laughs from the audience I saw the movie with. You might ask why anyone would choose Scarlett Johannson to play the part of the woman if the aim was to be as surreptitious about the shooting as possible. But this is no low budget movie. Under The Skin is said to have cost around £8 million. And when you spend that amount of money a Hollywood star gives investors some kind of assurance that the movie might have box office appeal. However, as we will see, that confidence might have been misplaced. 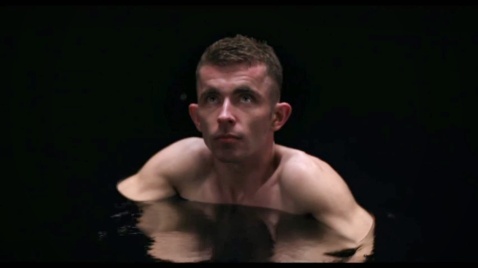 Not everyone was a non-actor in the movie. A heart wrenching and convincing scene with neurofibromatosis sufferer Adam Pearson sent me to Google in search of more information. The reality of a situation where two very different people would come together struck an emotional chord. It was all very real to me especially having worked with people with rare disabilities in the past. Adam Pearson explains how he was recruited to the movie here: 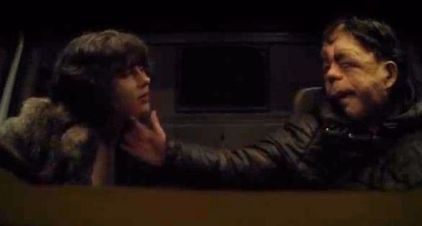 Another scene filmed with hidden cameras has Scarlett Johansson falling in the street only to be picked up by passers-by.  You Tube is full of such social experiments in which the reactions of ordinary people are tested. The difference here is that the fallen woman is a Hollywood A-Lister in disguise. It probably cost a lot more to shoot than the Good Samaritan social experiments produced by students and posted to You Tube. The outcome, however, is exactly the same. There is kindness to be found in strangers. Jonathan Glazer talks about the scene here:

ANATOMY OF A SCENE

Jonathan Glazer describes this scene as a turning point in the alien’s character. Perhaps she begins to empathise with her prey. Despite this the highlight of the movie must be the dispatching of the men. This is dealt with in a sequence that would not be out of place in any of Glazer’s music videos. Shot in a studio, rather than the streets, the victims follow the alien into a vast black space, hypnotised by her sexuality and their own hungry lust. She walks backwards stripping off her clothes as the men follow. And in one of the most beautiful and imaginative scenes I have seen for a long time the men slowly sink into the black liquid floor until they are trapped there, like a foetus suspended in space. There they remain, conscious and baffled about their predicament. What happens next is a real shock. Skin slackens, organs implode, bones snap, leaving an empty skin floating in the dark liquid.

What does this all mean? That’s been the subject of much debate. Is the alien trying to find meaning for her own existence, is it some feminist allegory or a comment on the loneliness of human existence? I think the reality is that there are enough loopholes in the narrative for the viewer to fill with whatever makes them feel good. For me Under the Skin is an enjoyable visual and auditory experience helped in no short measure by the haunting music of Mica Levi. Her music makes the kill scenes some of the most memorable I’ve ever seen. It is the perfect fit for Jonathan Glazer’s surreal vision. At the moment you can hear Mica Levi’s outstanding soundtrack on You Tube.

MICE LEVI’S SOUNDTRACK FOR UNDER THE SKIN

Under the Skin is reality sci-fi art house, if there is such a thing. Don’t watch it for the story. It doesn’t really make sense. But do enjoy the experience. At £8 million this isn’t cheap art. Box Office Mojo calculates revenues so far of only £1.5 million. While BAFTA-winning and Oscar-nominated Philomena, which cost roughly the same, racked up profits of over £50 million. That said, I think it’s fair to say that Under the Skin will probably become a cult-classic and perhaps even make record sales on VOD and DVD. If you’re interested in cinema as art, then you should definitely go see it. Will I see it twice? Maybe I will or maybe I won’t. More likely I’ll fast forward to the kill scene and wallow in the amazing images and heart pounding music. What a brilliant vision, watching man implode under his own desperate devices.