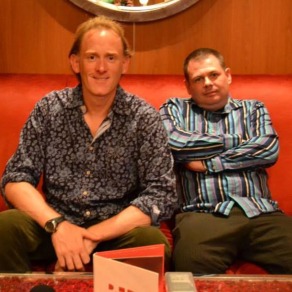 The indie film world is an exciting place to be right now. Affordable technology gives everyone the opportunity to make high quality films. Crowd funding sites like Kickstarter and Indiegogo enable fans and filmmakers to turn their dream projects into reality. It’s no wonder we’re on a roll.

I love the idea of one day distributing my own movie and getting it in front of audiences whether that means four-walling, indie distributors, DVD or VOD. Making and releasing your own independent own movie seems to be an achievable goal.

Last week I came across an interesting Kickstarter project by Danny Stack and Tim Clague who run the UK Scriptwriting Podcast. The project is called Who Killed Nelson Nutmeg? It’s a children’s mystery-adventure film about a group of misfit kids on a camp holiday who fear the camp’s mascot has been murdered. You can read about the campaign here.

The one thing that struck me was the figure of £12,000 they required to complete the film. Curious for more details I emailed Danny Stack for answers and here they are.

‘The £12k is to help cover our day-to-day production costs, such as transport, food, insurance, chaperones for the kids, and so on. We’ve put our own money and resources into the project so far: script, Blackmagic camera & equipment, location, cast, PR etc, and we’ll be using our own funds again to fully finish the film once we get to post-production.’

£12,000 for a feature still seems tight. I know I went over the tiny budget for my short movie, Newborn. Location costs in particular can be the bane of any production budget but, as Danny explains, there is a plan.

‘The film is set entirely in one location – Freshwater Beach in Bridport – which is very useful for production purposes as it keeps everything contained. We’re keeping our cast and crew numbers down to the minimum level, and breaking up the schedule accordingly so not everyone needs to be on set for the entire shoot. We’re making the film entirely in Dorset, where we live, and using 100% local crew, cast, locations, even the gimbal for the Blackmagic camera is being made locally! This all helps to stay within the parameters of the budget, and the schedule is focused around the kids’ availability, so hopefully we’re on top of everything.’

Movie making is a business, well it is if you hope to make money from it. I’ve been to a couple of talks where industry professionals outline marketing strategies. I wondered if Danny and Tim have thought about what will happen when the movie is finished.

‘We do have investment opportunities in place, as we believe this is a profitable genre, and will prove to be a successful film. We haven’t worked out the precise details yet but if anyone’s interested, feel free to get in touch danny@nelsonnutmeg.com’

And speaking of distribution?

‘We’re looking at the instant download/streaming market mainly. Netflix, iTunes,  Amazon, and so on. We’re not trying to compete with any Hollywood blockbuster although we’ll be sure to have a cinema screenwriting run locally, and perhaps a brief nationwide spell, too. As for revenue, it’s difficult to predict exact numbers but we’re optimistic of making our budget back, and then potentially making much more when we push the film on to market.  We’re keen to use the film as a showcase of what we can do so we can immediately get cracking with a sequel, or another film in this genre.’

Attempting to make a debut kids movie on a micro-budget is something I haven’t heard of before. I think of past adventure kids films and my mind can only muster Hollywood examples such as The Parent Trap, Home Alone, My Girl and Dennis the Menace. These are films I grew up watching and still find myself glued to the television screen on occasional Sundays. I wonder what the vision is for Who Killed Nelson Nutmeg? And how it will stand against other really popular kids movies. Are there other low-budget kids movies out there?

‘Not that we’re aware of, not in this micro-budget level. Most debut features are horrors, crime flicks or low-level dramas. Kids’ films are overlooked, and we want to bring them back!’ Danny says.

And I believe they will! We’ve had lots of independent low budget horror. Wouldn’t it be great to have a British low budget kids adventure movie?

Tim Clague and Danny Stack are professional scriptwriters with a wealth of experience much of which they share through their podcasts, blogs and writing workshops.

‘We started development in October 2013, brainstorming the idea, writing a treatment, then a beat sheet. We started writing the script around Jan/February 2014, and we’re up to draft 8 currently. We’re getting great feedback and mentoring from Nigel Cole, director of Calendar Girls etc, amongst other cool people in the biz.’

I was curious to know what Danny thinks are the most common problems facing British indie film makers.

‘Everyone’s got the kit, but do they have the script? Do they have a GOOD script? Making a feature film is a major achievement but if the script and story isn’t good, then the project could fall flat on its face before you’ve reached fade out’

And what about the biggest mistakes?

‘Being too proud or close to their own work? A lot of indie British films are writer/director-led, so it’s easy to fall in to the trap of “I made the film I wanted to make” rather than “I made the film that I think will entertain an audience.” There’s got to be a fine line between both, especially for your debut feature, but the ego-stroking nature of filmmaking can mislead us sometimes.’

In the recent months I’ve heard different advice from different people about choosing the genre of your first film. Horror, my favourite, comes high on that list. But Danny and Tim have a very different answer.

‘Kids’ films! We would say that wouldn’t we? Horror and comedy are always in demand, and cheap to make. But making a good film in either of these genres is always a tough task. If you’re thinking of making a feature film, think about your unique hook that you’re bringing to the genre, otherwise it’s going to feel too familiar. Ben Wheatley’s Down Terrace is a good example of a contained crime drama/thriller with flashes of genuine surprise and distinction. It doesn’t matter what genre you tackle really as your 1st film. Make the film you want and that you think audiences will want to watch. Be bold. Make your mark.’

And that is some sound advice thank you Danny!

I’ve already pledged money towards Who Killed Nelson Nutmeg? Given Danny and Tim’s experience I’m convinced that it will be a warm-hearted kids movie, something that we can be proud of in our growing British indie-film industry.

Show your love and support the cause!