Reflecting on my 2018 Series Watchlist

Being a writer, filmmaker, blogger, vlogger and performer does make it difficult to find time to watch series and quite simply ‘relax,’ however that’s where procrastination and finding a healthy balance comes in.

Throughout the year, I’ve used a treats-based initiative which means that for every task I achieve in the work-sense, I treat myself to an episode or few of something I want to watch. This way my film/TV/books lists aren’t as unachievable as they seem. Ok, so there’s thousands of films and books that I probably still won’t get to see in this lifetime, but I’m working through them!

Here I’ve listed some of the series I’ve encountered over the months and perhaps will continue to watch when the time permits. 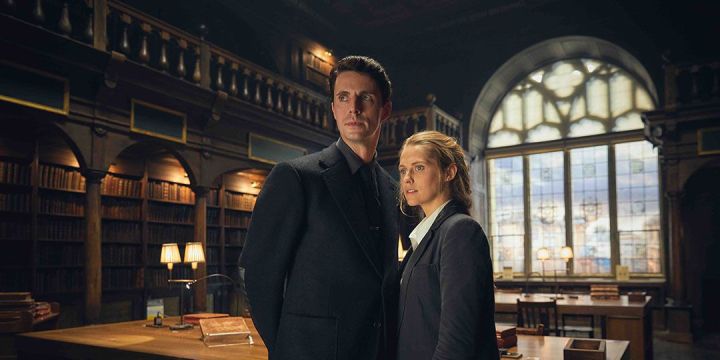 A Discovery of Witches

The series is only the first in a book trilogy called All Soul’s Trilogy by Professor Deborah Harkness, whose field is European Scientific history with ties to occultism and alchemy.

The book translates fairly well with the endings running pretty much parallel to each other. Although that said, I felt rather cheated as I watched the last episode, as it almost appeared like a bad edit or just a shabby way to end a series. I wasn’t convinced. Nonetheless the stunning cinematography and high production value makes this British drama well-worth watching. There’s some nice spell-work, ethereal dreamy witchcraft and profound moments of desire between lovelorn witch Diana Bishop and her lover-vampire Matthew Clairmont. Expect demons, covenants and the unravelling of orders and discovered heritages. 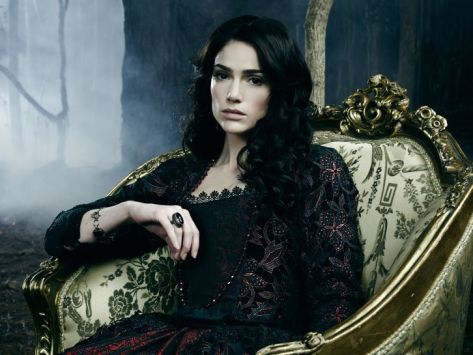 Salem first premiered on WGN America and then seemed to have disappeared. However, recently I noticed that it’s now three series in and available to watch on Netflix.

Keeping with the theme of occultism over the last few months, this series gem features debauchery and eroticism of all manipulative and evil heights. Head witch Mary Sibly tries to control a dynasty of witches in Salem and keep her identity under wraps. Expect high drama and some grisly scenes which show that the trials of this series isn’t over, just get watching and watch the fires burn. ‘Whatever torment that mars your blood will be washed away,’ a nice quote to start season two with. And there’s a season 3 also… 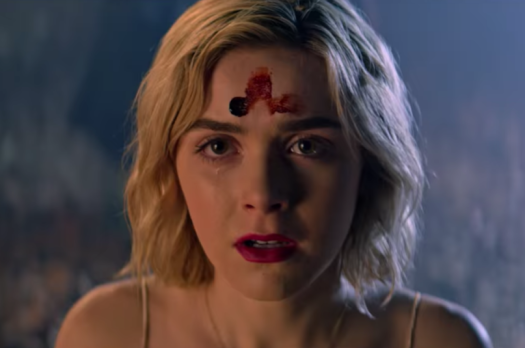 The Chilling Adventures of Sabrina

Coming from the Nickelodeon generation, I loved Sabrina the Teenage Witch…especially Salem the cat. In the 90s series, there was fun, magic, comedy not to mention the cool linen closet which led to other realms followed by the sound of thunder and flashes of lightening under the doorframe.

I originally thought that this series was a revamp, until I discovered it’s actually a reinterpretation of the original Archie comics.

Upon giving it a chance, although it doesn’t feel traditionally very ‘STW,’ some of the undertones still remain for example Hilda is true to her bubbly character. The house is more grandiose an affair, but beautifully witchy nonetheless. And, Zelda appears to be a harsher disciplinarian than I remember.

The Chilling Adventures of Sabrina is a lot darker and leans towards horror more so than the upbeat, teen-friendly original. The spells are exciting along with the odd characters. It’s witching drama, so you can expect all the occult clichés, but with a little more style and bolster than most necromancy dramas currently. 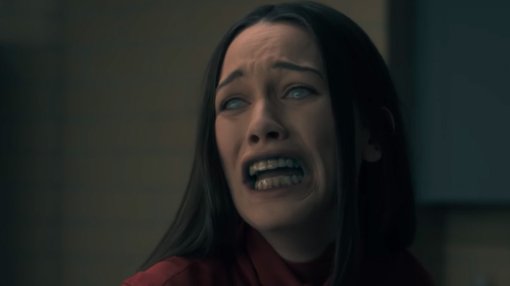 Haunting of Hill House, a Flanagan Film Production special and hopefully a one-off series, felt rather frustrating because it wasn’t until the last two episodes where the audience reached an understanding of the narrative and the story/character motivations.

The TV series is based on the ghost novel of the same name by Shirley Jackson which I’m currently reading and it’s interesting to see how quite a few details from the novel have been worked into the series. You’ll have to read it to recognise what has been taken/adapted.

The series works best with the ensemble cast, where the episodes rely heavily on the characters relationships. In this case, siblings who are psychologically estranged from one another and their father after an unresolved childhood trauma occurred at their family home Hill House.

Episodes flutter between the past and the present and almost feel like an obvious delay-tactic to lead onto the next episode without really getting anywhere within the story.

The paranormal and spiritual nuances are portrayed fairly well and can be terrifying. The ghostly apparitions appear on par with how spirits have been written about in ghost hunter books or notes made by various psychical research societies.

The ending was emotional and the performances are pretty outstanding come the end of the series, which is why I’m not being too hard on it. In fact, I even cried. But it did take the whole series to get to that point.

Nonetheless, it’s worthwhile watching to see how books can be adapted into series, and seeing what works and what doesn’t. 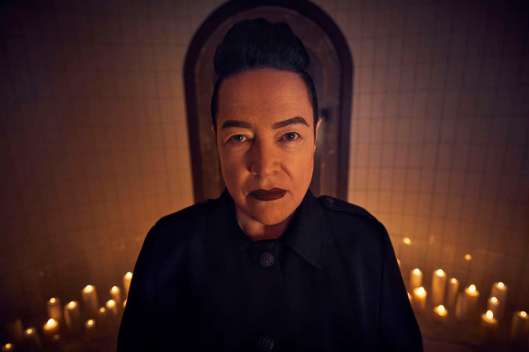 The problem with Apocalypse is that it tried too hard to be serious and was trying to be too close to reality which in effect didn’t work as I couldn’t really take it seriously.

I got to episode two, but there were too many clichéd and lazy metaphors which just put me off. Nonetheless, being a AHS fan, I gave it a go. 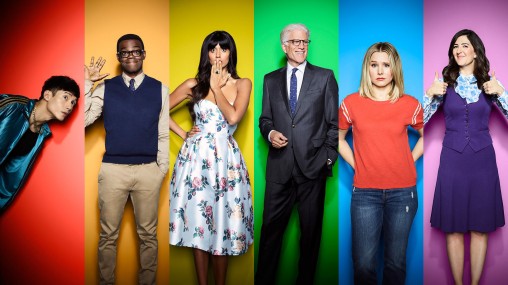 This is literally heaven, and respite-watching with the intellectual, bizarre and fantastical mind of Good Place creator Michael Schur.

There’re many sub-genres to this series, I call it dystopian fantasy-adventure-horror, whereas other friends of mine call it post-apocalyptic adventure sci-fi. It just goes to show how diverse this show is and the writing is truly intelligent, utilising philosophy and ethics as the basis for the stories and character motivations. In fact, it is all about motivations and human psychology, deciphering right from wrong (once you’ve died) and working out the major and moral dilemmas in decision making. 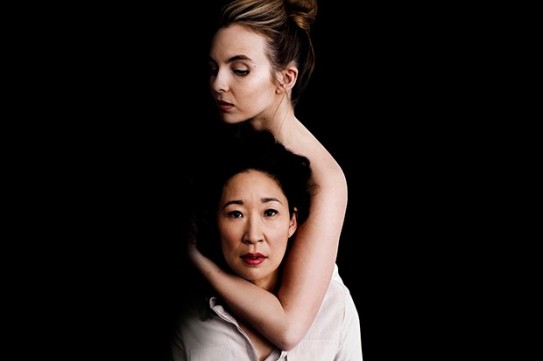 Coming from Fleabag Writer/Actress Phoebe Waller-bridge, Killing Eve has got to be my favourite neo-bizarre cult borderline absurdist drama series on television at the moment, although I’m eagerly awaiting the second series which has already been announced. The characters are so well defined and all very individual which is why it works so well – almost like reading a superhero comic book, yet the black comedy elements are balanced with the more serious-dramatic facets of the series.

Based on a novella by Luke Jennings called Codename Villanelle, Killing Eve follows a psychopathic assassin named Villanelle (Jodie Comer) who develops an obsession with a MI5 Officer Eve Polastri (Sandra Oh) and a relationship consumed with both admiration, dislike and competition. 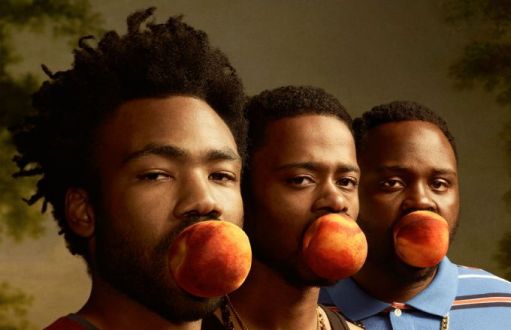 Auteur Danny Glover makes a stand with his Atlanta series which follows Earn, an indie music manager trying to manage his rap star cousin ‘Paper Boi,’ aka Alfred in a society obsessed with tech, social media and young entrepreneurism which is also racially and interracially divided.

There’s no easy way of explaining the series, but it really does cleverly juxtapose discrimination from all sides, but seen through the eyes of people of colour that can be easily and quite comically understood by white people also.

It also reveals society’s ignorance of the differences in lifestyle due to culture and the pressures of appropriation to get ahead in a world which still sees black people at the lower end of the pecking order.

There’s moments where I gasped because I couldn’t believe Glover had so cleverly written certain black experiences which would be difficult for people of colour to explain to those that are outside of that community.

The characters are well-developed and amongst the dark comedy, there’s a present reality attached to the scenarios which make it both a breath of fresh air and a trigger for a possible identity crisis.’ This has got to be the best writing on television in a long time. It’s a series which gives everyone the black experience, but yet can be understood by everyone. Progress is sweet. 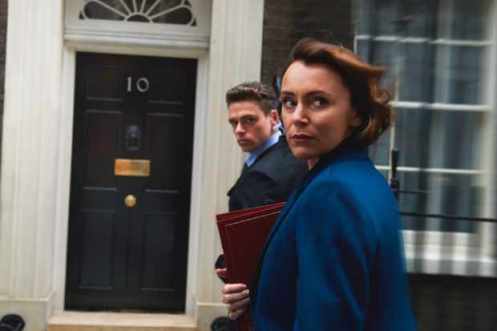 I don’t usually tend to watch series that are hyped up until months down the line when the excitement has died down, but when I caught an episode of Bodyguard, like a gullible puppy, I was immediately loyal to the cause.

Following the driving tense tirades of a dedicated PC Constable and former Royal army veteran struggling with PTSD, PC Bud is assigned to working as a close security/specialist protection guard for the Home Secretary. Quickly realising that they couldn’t be more opposite in political views, Bud’s conflicts with the Home Secretary brings to the foreground his own issues with his conscience and professionalism. The two develop a relationship based on tolerance, and one where keeping the enemy closer helps to protect society from unwanted truths. Bud however, soon finds himself in the centre of chaos where fingers begin to point at him.

Like House of Cards, this is a great reflection on how governance and world politics works, in this case British politics, proving that fiction isn’t too far from reality. 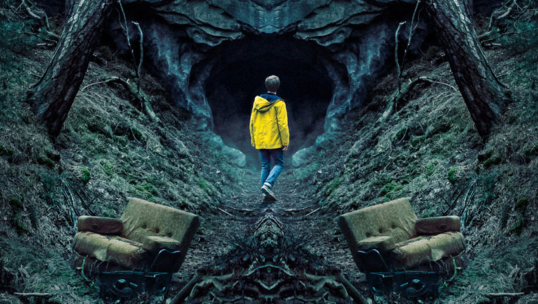 One of the only German additions to the Netflix catalogue, the Dark promised to be a deep Science Fiction Thriller in the vain of Stranger Things. However, this comparison lacks some of the nuance that this series offers. This is far bleaker and with a narrative that unfurls at a snail’s pace. While there is a time-travelling element that stretches across three time zones, this series is more a character study of four families and the dark secrets that bind and divide them.

This is one of the more convoluted narratives but unlike some other shows it doesn’t shy from sex, drugs, murder and suicide, even opening with a rather disturbing scene of Michael Kahnwald hanging himself in his art studio. The series has proven to be hard-work but incredibly rewarding with an interesting cast of characters and the almost Twin Peaks-esque town of Winden. 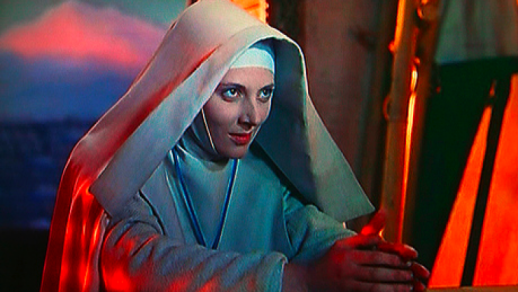 There’s also The Cry which I’m looking forward to catching up on, based on the novel of the same name by Helen Fitzgerald. Again, thriller/crime adaptations are doing well. I managed to read Woman in the Window by A.J Finn this summer, very similar in tone to Girl on the Train and Gone Girl also books which have been adapted into feature films.