Newborn: Making of the Film Score

I was absolutely thrilled when I learned I’d be having two music industry professionals, Barry Murray and Mark Taylor, producing the film score for my short horror movie, Newborn. 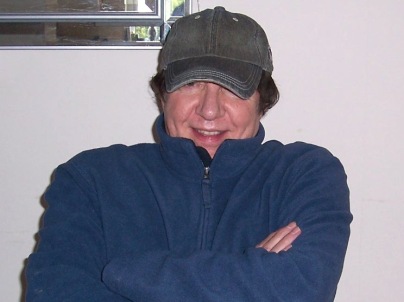 Barry is a record producer, publisher and manager. He has worked with a multitude of artists including Mungo Jerry, Gene Pitney and The Furey Brothers. He has sold 28 million singles, 33 million albums worldwide, 9 top thirty hits in the UK including two consecutive No.1’s. His biggest hit ‘In The Summertime’ went to No.1 in every country in the world except Japan, and can currently be heard in the hit animation movie Despicable Me 2.

Barry is also an avid horror film fan and if anyone knows how music works, it’s certainly Barry!

We met at the plush Melia White House hotel in Great Portland Street, London. I admit to being nervous. We’d been introduced by a mutual friend and Barry hadn’t yet confirmed whether he would take on the project.

Barry and I spoke about film scores and he even hummed many tunes and cited references and stories behind many a famous piece of movie music.

Then came the golden moment as I showed him the film on my laptop. It was the longest eleven minutes, or maybe it was twelve minutes because James and I cut a few things out after the meeting!

‘Oh and I thought you were such a nice girl,’ Barry said after watching Newborn. He was gracious enough to say he liked it and began talking about the types of sounds he would use to create pace and tension. He also made suggestions regarding the edit. He then told me about his music partner and fellow producer Mark Taylor.

Mark is a former in-house producer for XL Records (home to Adele and The White Stripes). He is also responsible for numerous club R&B remixes for various Sony/Universal labels. 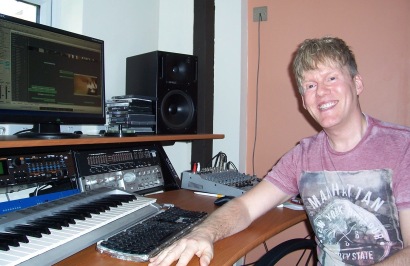 A couple of months later Mark and Barry had created a score for Newborn and I was invited over to Mark’s studio in Woking to hear it.

By way of introduction Mark and Barry played some of their up and coming tracks. I was impressed by the high standard of their work and passion for music. I almost forgot about Newborn as big summer dance tunes boomed from the studio speakers. Barry explained the various arrangements of the tracks and the meaning behind some of the lyrics, which of course he wrote.

After dancing around to tunes and making up silly dance moves, I was ready to listen to the Newborn score.

Mark used Logic 9 and bought up the film timeline. The music played. It was quite different to the temp track James and I had laid down. We originally used the Candyman theme by Philip Glassman for the opening scene and a few avant-garde classical pieces for various other parts of the film.

My first impression of the score was it was more science fiction than horror. I played the score section by section going through the various sounds that I thought made it sound too electronic. In fact it was a mixture of Blade Runner come 28 Days, so although it had had a hint of horror, the digital and futuristic sounds were, for me, too dominant.

Mark understood exactly what I meant and we went about trying to eradicate the science fiction and bring forth the horror. 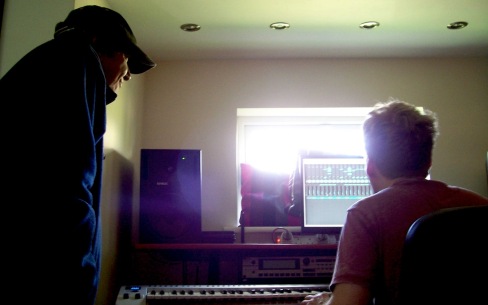 Barry supervised the changes, making suggestions that ensured we didn’t lose the pace and trying other sound ideas. For example we experimented with arpeggios, but eventually took them out.

I really liked the deep bass underscoring the film and felt that it added to the visceral elements and heightened the scary scenes.

We tried loads of drones with various sustains but again we had to ensure that we didn’t venture into digital sci-fi sounds.

Mark worked hard editing the music scene by scene. At the end of the day Mark suggested we meet again next week and listen with fresh ears.

The next day I found myself humming the theme to Newborn that Mark had composed. It took me a few minutes to realise that it was the theme to my own film. If that isn’t a testament of a good hook what is? 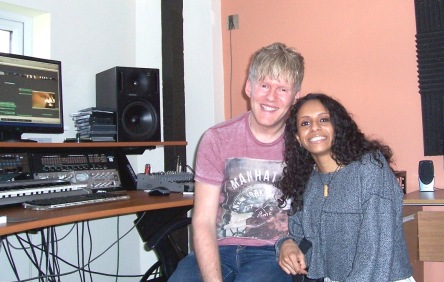 Listening again after a week’s break was really great. I knew exactly what I wanted and how to work with what we already had. Mark and Barry were also on board and willing to push the boat further, sometimes by stripping away at what we had.

I hummed a few sounds, screeched and shouted in some cases, providing vocal examples of the kind of sound and effects I wanted. Miraculously Mark understood what I meant (which is lucky because I’m sure most wouldn’t) and began recreating those sounds on the keyboard or actually within Logic 9.

It was a fantastically creative process and Barry supported any suggestions I made by giving a technical definition of what I was trying to achieve.

‘Try a glissando or a pitch bender,’ said Barry.  ‘No one does pitch benders anymore!’ said Mark. That happened about three times!

Another day passed and I was very happy with the result.

We started with a Blade Runner-esque score, but we’ve ended up with a score that is more cinematic and with an orchestral atmosphere.

Thank you Barry Murray and Mark Taylor.  Watch this space!