Last week I attended The Breakfast Club at the Phoenix Artist Club in Leicester Square. For those of you who are Breakfast Club virgins, this is an early morning networking event hosted by Chris Jones of the Guerilla Film School. You can read more here about the master classes they offer throughout the year.

Having been to a couple of events now I was enthused when I learnt of the Horror Double Bill session. This was focused on giving filmmakers advice on how to make successful micro budget horror films. And it was literally two for the price of one, as the session included Metrodome and low-budget genre producer Jennifer Handorf, director Kelly Smith and producer Mike Mindel of Don’t Let Him In. 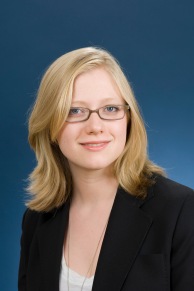 Jennifer has worked on films such as The Devil’s Business and most recently British found-footage film The Borderlands. She continues to make headway in the low-budget film world, giving first time filmmakers a chance to make it onto the big screen.

So what does it take to get your film on the big screen? It feels like a million dollar question but Jennifer provided an insight into the steps that are needed to give your film a chance in the film market.

‘Make sure you’ve got the best script you can possibly have,’ Jennifer advised. Write a script that sells your film. I’ve heard it countless times before and yet how many scripts go into production before they are really great? Ensure that your script is tight.

Jennifer’s second piece of advice was the importance of using good actors and holding casting sessions. She said that there are so many working actors around and some who will work for free if they like your script.

‘I worked with Stephen Fry for free and Rob Hill because I asked him to.’

Thirdly, sound. ‘Amazing image can be ruined by terrible sound, but brilliant sound will save a terrible image,’ Jennifer explained. ‘We use our ears more than we use our eyes.’ Hiring a professional sound recordist will save time in your production and make the world you’re trying to create believable.

These tips certainly highlighted a lot of the pitfalls I came across in the production of my short Newborn and the things I’ve had to work around in post-production. 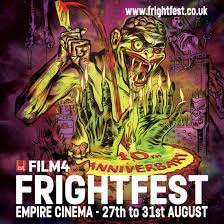 Jennifer spoke about Frightfest and how they receive around thousands of submissions and yet many of the films are essentially the same story. She cited references to shock horror with films like The Human Centipede and Saw, a genre that has now been tried, tested and often tired. Similarly I was surprised to hear that found footage films were old news given that Hollywood is still producing them.

If you’re like me a first time horror film director wanting to make the crossover to the feature film realm, there are a few things to consider before making that transition. Jennifer provided some good advice.

‘Make a couple of shorts before a feature,’

It may seem like basic common sense, but there are a lot of directors that take the leap before they realise the reality.

‘Be on set first and leave last and always have answers to questions.’ Jennifer suggested a book called Changing Direction by Lenore Dekoven, it’s a book I will be investing in.

‘I’ve seen a lot of directors give up on their film,’ Jennifer continued. I find this quite sad having been through the struggle of producing and directing a film myself. I know that the stakes are high and there’s pressure on set at the best of times. In my film Newborn I was worried that due to working overtime my actors and crew wouldn’t want to continue shooting, although I was dead set on working throughout the night. Luckily my crew and actors believed in the project and continued, but this isn’t always the case as Jennifer pointed out.

To help with preparation Jennifer suggested doing overheads. These are a bird’s eye view of cameras and floor plan where you can mark out your shots. These can sometimes be easier to create than storyboards.

So your film is completed what do you do next?

Well it’s simple. Go to film festivals, visit them, engage with them, ask if they would mind looking at your film. Get as many bloggers reviewing it then go to a film market such as Cannes.

And on that note what about Cannes? I’ve always been set on going to L.A but where does Cannes fit in for the first time feature filmmaker?

Jennifer divulged that Cannes is valuable for networking with people at your level and people beyond you. But although it’s a good place to speak with festival directors it’s not necessarily a place you’ll sell your film. 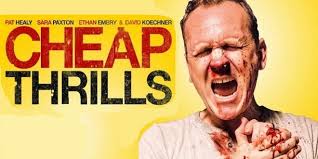 Finally Jennifer touched on distribution values, naming Cheap Thrills an example for the VOD platform. It’s a film that did very well on the festival market but didn’t make a lot of money on its theatrical release. But the theatre release did promote its DVD and VOD release.

Ultra VOD release is also something for low-budget filmmakers to think about. It’s the release of your film before a theatrical run. It gives the filmmaker the chance to develop publicity and maybe even generate some revenue. Could it be the new and innovative approach to four-walling? I don’t have the answer but it’s a case of time will tell.

The next part of the session was dedicated to Mike Mindel and Kelly Smith. They spoke about their new film Don’t Let Him In. Check out the trailer below.

The two outlined how they raised the budget for the movie. Kelly borrowed money from his father and Mike borrowed money from his ex girlfriend (also a great friend)…and then eventually remortgaged his house. It’s a story I’ve heard before which terrifies me and also impresses me. As passionate filmmakers, it’s amazing how we’re able to magic money out of nowhere to make dreams happen, even if they don’t turn out how we want them to!

But the moral of this story is…marketing. Yes that’s right. Mike provided a slideshow which outlined the marketing strategy for Don’t Let Him In. And it’s not surprising as marketing is Mike’s forte. He is the CEO of Wordtracker and the co-founder of Webventurer.com a niche e-commerce company.

They spoke about the difficulty of trying to get a distributor, which ended up being an expensive affair. Mike further stressed that it’s vital you keep the UK rights to your film. 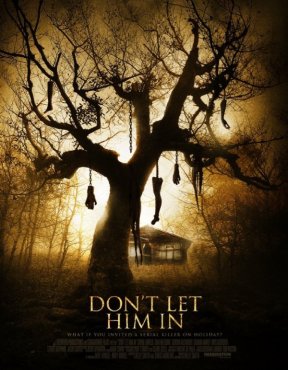 Qwaya.com was another useful reference. It’s a website that helps market via advertisements. It segments the audience giving results/demographics on who likes your film. It works a bit like Facebook ads and Google analytics.

Mike and Kelly both spoke about utilising a site called Stephenfollows.com as a guide for keeping abreast with the film market and seeking advice on the development and distribution of both short and feature films. I took a look at this site and there’s a wealth of information on the international film market. There are also loads of studies and up to date film industry surveys that are worth checking out.

Mike and Kelly shared their revenue data and while the movie was seemingly successful, having sold thousands of copies, Don’t Let Him In actually made a loss. That is disappointing news given the effort put in although Mike and Kelly conceded that they had made a generic horror movie. It didn’t have the USP that Jennifer had talked about earlier. However, Mike is still optimistic that other revenues will follow. The movie could break even or maybe even make a profit. And there is always the sequel opportunity something that they’d already considered.

I hope that Mike and Kelly make their money back soon. I think it’s fantastic that they’ve had a movie released in the commercial film circuit. And I thank them for so honestly and openly sharing their production experience.

In the end low-budget movie making is not that different from its Hollywood counterpart. Marketing and distribution are key. Budget aside it’s still important to make a ‘real film’ as Jennifer Handorf said, don’t go in thinking you’re making a low budget alternative that somehow will be measured by different standards and therefore have a different value. Take it seriously and for heaven’s sake make it original.