Tigers Are Not Afraid Review

Set against the outback of an almost destitute Mexican city, ‘Tigers are Not Afraid,’ is a gritty social-realism fairy tale about a group of street kids, an orphaned product of a drug cartel who have kidnapped and murdered their parents.

The film opens in a classroom which within seconds comes under attack by a salvo of gun fire. A young girl named Estrella (Paola Lara) hides under her table along with her fellow classmates whilst her teacher attempts to calm everyone down. Reaching over to Estrella, the teacher instructs her that she has three wishes, almost trying to continue their lesson on fairy tales moments earlier.

Soon the disturbance is over, and everyone goes home. Just another day in the life of a Mexican school kid perhaps.

When Estrella returns home, she finds that her mother isn’t home and she senses that something isn’t right.

When a group of street kids enter her home, she’s cursed at and told by one of the street kids that her mum isn’t coming back as she was kidnapped by a cartel called the Los Huascas. Estrella realises that she needs to survive while suffering from horrifying apparitions of her mother urging Estrella to find her. And, she knows that she will need to team up with the other orphans in order to find the truth. 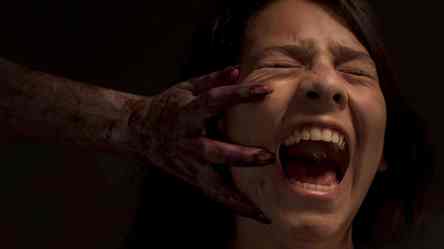 Directed by Issa López, ‘Tigers are Not Afraid,’ exposes the harsh reality of street kids affected by kidnapping in Mexico. Acting as the wise-leader, Shine (Juan Ramón López) the more begrudged of the group struggles to come to terms with his masculinity. He despises the men of the city, as he stalks and steals from them, constantly ashamed that these very men are the predisposed image of masculinity. Here lay the men who kidnap, rape, kill and murder in a demographic where most men are probably bought up by single mothers.

Shine is particularly hard on Estrella, for one it’s dangerous for her to be with them because girls are the most easily targeted and she could potentially blow their cover. But as the other kids get to know her, he realises that she’s just another victim to the cartels evils.

Both Shine and Estrella have to face the cartel for their own reasons, but at the same time look after their group, their family.

López interweaves an almost Lost Boys story-approach with a haunting fairy tale aesthetic. A fairy tale about why tigers aren’t afraid is seen throughout the film as the subtext for the harsh reality the kids are facing as they’re thrown prematurely into adulthood. Delicate, child-like tiger animation and visuals are then brutally contrasted with grotesque apparitions of Estrella’s mother, trapped in an unknown vicinity begging to be let free. It’s a vision too much for an adult let alone a child to experience.

Trails of blood appear and follow Estrella as a warning, another morbid reminder that danger and death is close. A telling scene also exposes the corruption and fear within the juridical system, where two police officers storm off down the road when the kids show footage of one of the biggest kingpins murdering someone. This isn’t uncommon as most natives believe that government authorities are colluding with the cartels generally speaking.

Outstanding performances by the youthful cast result in guaranteed tear-jerking moments. López portrays self-aware children who have become accepting in an unscrupulous society where kids continue to suffer huge injustices. Children who will eventually become desensitised to the inhumane they’re faced with on a daily basis.

Asides from the most obvious comparison of a dark fairy tale movie, that being Guillermo del Toro’s ‘Pan’s Labyrinth’, another film comes to mind although not as dark. In the Disney movie ‘A Little Princess,’ children also struggle to be children and have to dream safe fantasy worlds which keeps them alive.

‘Tigers are Not Afraid,’ is a unique film with both harrowing and heart-warming charm. If there’s flaws, I’m still yet to discover them.