Horror fans from across the world convened in London for this year’s FrightFest at the Vue Cinema in Leicester square. The five-day film festival had an impressive line up including much anticipated films such as Babadook, R100, Wolf Cop, The Samurai and The Signal, all having UK Premieres.

Coherence was the first film I saw, starring Buffy the Vampire Slayer actor Nicolas Brendon and directed by James Ward Byrkit. It tells the story of a group of friends at a dinner party who encounter strange occurrences after a comet passes and the power goes out. The friends soon find themselves in an alternate reality, a parallel universe where they fight for their destiny. Whilst the concept is intelligent and keeps you engrossed, the end will have you questioning what really happened. It’s a brilliant debut nevertheless and I look forward to seeing more of James Ward Byrkit’s films.

Nymph was the next film on my checklist, directed by Milan Todorovic. A group of friends reunite in idyllic Montenegro after many years. Against advice by a crazy villager, they visit Mamula, an abandoned military fortress. But the island holds a dark secret, a bloodthirsty mermaid and a master who will do anything to fulfill her needs. Performances by Franco Nero who plays hero Nico held the film together. It’s said that he took out all of the swear words from the original script and made it his own.

Nymph is one of my favourites in terms of low budget horror that achieves high-end visuals. There’s brilliant cinematography, breathtaking locations and superb acting by Natalie Burn and Kristine Klebe. In the Q&A Milan discussed how he devised the narrative specifically for the location. Sounds like a good film challenge!

Biblical post apocalyptic tale The Remaining proved a tumultuous watch. Raining hail, flying demons and yes, another group of friends battle against the end of days as god rains down his fury upon humankind. Whilst the story was gripping with its religious references, Raptures in particular, it felt like a pilot for a television series. A Q&A was promised at the end, but didn’t seem to materialise as the audience were left in the dark (literally as the lights didn’t come up at the end). The Remaining has mixed messages, if you’re a believer you’re doomed and if you’re a non-believer, well you’re also doomed.

Another highlight of the festival was the Duke Mitchell Film Club evening also held at the Vue which provided a hearty break from back to back horror in the form of funny clips and rare music videos. Spencer Hickman head of Death Waltz Records presented one of my favourite music videos of the night.

And Truth or Dare horror actress and director Jessica Cameron presented her co-star Ryan Kiser’s up and coming film House of Manson. Check out the chilling trailer, it’s not one to miss when it eventually premieres.

Milan Todorovic also presented the trailer to his next movie Wrath of the Dead a sequel to Zone of the Dead. You can take a look at his trailer here. 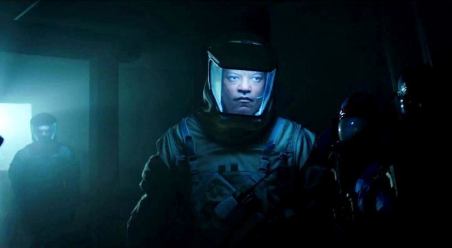 Sci-fi thriller The Signal was FrightFest’s closing film and although it wasn’t purely horror, it proved unsettling.

Friends Nic, Jonah and Hailey chase a computer hacker but are launched into a nightmare when they can’t retrace their steps after awaking in an isolation unit, in the middle of nowhere.

The Signal is a highly stylised film about friendship and loss. A special appearance from Laurence Fishburne gave the film a sinister touch with his unnerving and infuriating demeanor.

This is a movie for the sci-fi fans although it’s lurid tale will also entertain the horror fans.

The FrightFest after party at the Phoenix Artist Club housed a unique environment for filmmakers and fans to share experiences and appreciation for the genre. Film lovers were able to socialise with directors and screenwriters. There’s no better place than an old theatre full of film history and memorabilia to talk about films. 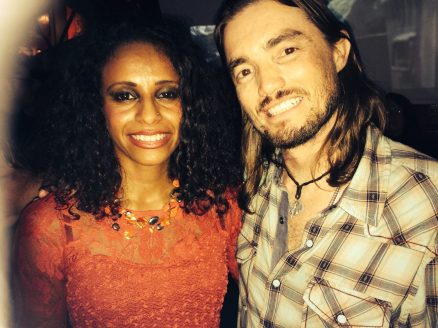 I caught up with Ryan Kiser at the after party where he shared his experiences method acting in the role of Charles Manson.

‘He was a failed musician who thought he was going to make it and when he didn’t his world was turned upside down.’ He discussed the importance of sensitivity during the making of the film.

Whilst partying, I also managed to speak with Devil’s Business writer and director Sean Hogan about his up and coming documentary Future, Shock! The Story of 2000AD. You can take a look at the trailer here. 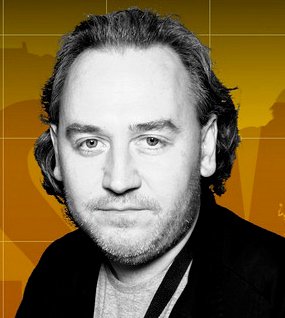 And finally I spoke with FrightFest editor Jonathan Sloman, who was responsible for all of the FrightFest interviews and videos. You can check out exclusive interviews here.

FrightFest has bought together filmmakers and fans from far and wide. The standard of independent horror cinema is astonishing. It continues to grow, blossom, bleed and flourish and there’s no better place to either screen your movie or feast upon the latest films in the horror industry.