The ground opened up and FrightFest rose from the fiery pits of the underworld this year as horror fans and filmmakers congregated at the Vue cinema in Leicester square to do the thing they do best. Watch films.

For those of you who aren’t familiar with FrightFest, it’s a horror film festival which has been running for over 15 years and has discovered and promoted many film directors such as Neil Marshall, Jake West and Ben Wheatley.

This year saw the return of many well-known names such as Barbara Crampton who was this years guest of honour, and up and coming movies were played in the main screens. The Discovery screens showed movies from new directors and films which are still awaiting distribution. It just goes to show that the making of a film is never the end until it is sold.

So lets take a look at my FrightFest favourites and movies to look out for.

Terror reigns on single mother and her children as they’re tormented by ghostly entities which appear through a vortex inside their house in The Diabolical. 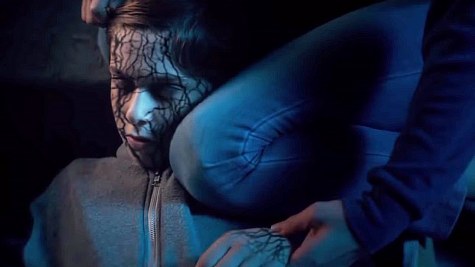 Director Alistair Legrand was keen to use both special and visual effects equally in this movie when initially designing the creature, he also spoke about his love for horror films from the 21st century, namely the early 2000s. He stated that Martyrs was one of his favourite movies which would explain the many twists and turns in his own film.

We Are Still Here is one of the four films which Barbara Crampton has starred in this FrightFest. Set in the 70s, after losing their son in a tragic car crash, grieving couple Anne and Paul move to New England to start afresh, but they’re not alone in the house. At first Anne is convinced her son is trying to communicate with them, but this is short lived as the presence in the house turns malevolent and the townspeople reveal that they have a dark secret. We Are Still Here was a favourite amongst many film fans this year, it’s a carefully crafted story which is reminiscent of well-loved films from the 70s such as Don’t Look Now and Rosemary’s Baby. During the presentation of the film, Ted Geoghegan shared that he had written the script with Barbara Crampton in mind, and after a hiatus, it makes for a decent comeback movie.

British directors the Blaine Brothers disturb the screen with their debut Nina Forever, a dark and twisted tale about a dead girlfriend who haunts her boyfriend. It’s a comedy drama with brilliantly written and performed scenes, even if in bad taste. Nina Forever is a compassionate and absurd story which unravels the reality of sudden loss, even if the horror is slightly soft visually speaking.

Deathgasm is the astounding debut of New Zealander Jason Lei Howden who decided to make a metal hammer style film which reminded him of the movies he grew up with in the 80s. Well scripted, funny, and gory comes the story of a group of dysfunctional teenagers who summon demons to earth upon playing an ancient music score. The harmonious chords of doom metal carry Howden’s vision and penchant for 80s metal films and is teamed with a talented ensemble cast which brings the story to life.

Bernard Rose returns with Frankenstein, another visually provoking film centered around Frankenstein’s Monster living in a modern day society. Tony Todd also cameos as a vagabond taking the Monster under his wing, lending him the skills needed to survive on the streets. Candyman fans will immediately spot Rose’s symbolic drawn out sequences of torture similar to the flashback scene in the Candyman where the townspeople turn against character Daniel Robitaille. 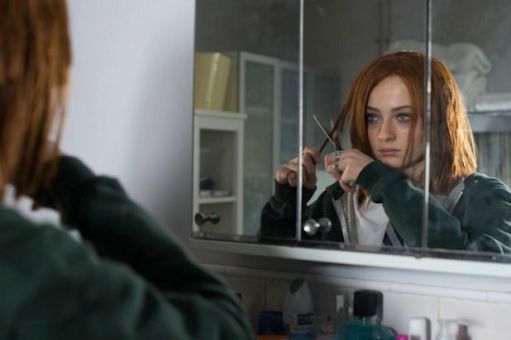 Although more suited for an ITV drama, Another Me shows just how well a novel can translate onto the screen. Written by Catherine Macphail, who was very involved in the making of the film, Another Me surrounds the Irish myth of ‘Fetch,’ which is coming face to face with your doppelganger. According to the folklore, if you ever meet yourself face to face it means that you will die soon. The story follows Fay Delussey, a troubled teenager coming to terms with her father’s diagnosis of multiple sclerosis and a failed relationship with her mother who’s having an affair. As Fay descends deeper into a depression, she realises that an unknown entity is trying to take her identity. Another Me paints a picture of a life stumped by constant tragedy where coming of age is a curse. 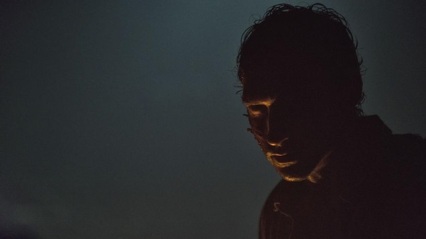 Remake, Remix Rip-Off directed by Cem Kaya is another film I enjoyed, although I only managed to watch the first half an hour. It’s a documentary which divulges Turkey’s prolific bootleg culture where 1000s of Hollywood movies were copied and remade in Turkey between the 60s and 70s. It will make you chuckle and I hope to catch it again soon.

Drawing Blood with Graham Humphreys provided an intimate opportunity for fans to connect with the artist and discover his experience working on films such as Evil Dead and Nightmare on Elm Street.

And did you know that asides from having his walls at home covered in old Hammer posters, his desire is to reproduce Hammer artwork, but mostly he’d love to design a poster for one of his favourite Hammer movies The Lost Continent. If you’d like to see Graham’s work he’s having an exhibition on the 28th October at the Proud Gallery in London where he’ll be launching his limited edition art book. Read more about it here. What we do in the Shadows is Graham’s latest illustrated poster.

Alan Jones interviewed long standing Scream Queen Barbara Crampton during the guest of honour talk where she spoke about her life working in the horror film industry. With her recent comeback, Barbara has starred in the following movies The Road, Sun Choke, We Are Still Here and a cameo role in Tales of Halloween which were all screened at FrightFest this year. Barbara shared her experiences working on The Re-Animator and The Body Double – in fact Brian De Palma still owes her another role in a new movie as previously promised! She also revealed to the audience that she auditioned for The Candyman, but at the time there were other Scream Queens fighting for the role. During the after party I was able to briefly catch up with Barbara where she disclosed that she would be producing a movie very soon, she expressed her dream to help others make their horror film projects a reality although she will still continue to work in front of the screen as well as behind.

Tales of Halloween created by Axelle Carolyn and Neil Marshall was the closing movie and appropriately dedicated to Wes Craven. It’s an anthology of 9 films set in a suburban neighbourhood surrounding the same cast featured in different stories. I was lucky enough to interview both Axelle Carolyn and Neil Marshall for Horror Talk TV about the making of the film (links to follow soon).

Mike Mendez, Lin Shaye, Adam Gierasch and Jace Anderson are just a few of the names attached to the anthology. Tales of Halloween is a lighthearted nostalgic fan film, and will certainly prove to be the perfect background movie at your halloween party this year. It delivers on the scares, gore and the bizarre, all of which we love and associate with earlier anthology series such as Tales from Darkside or the more civilised Are you Afraid of the Dark which was a children’s series…there’s just more blood in this anthology.

Over 70 films later and FrightFest 2015 is just about over. Between this year and next, you can expect to see some of the movies grace the screens with general releases – some are already available on DVD whilst others may just disappear into the ether. It’s brought together horror film lovers worldwide and is the one festival which will pretty much be the talking point over the next 12 months – yes that’s right we talk about FrightFest all year around. Good luck to those who’ll be entering FrightFest 2016 and hope to see you next year! 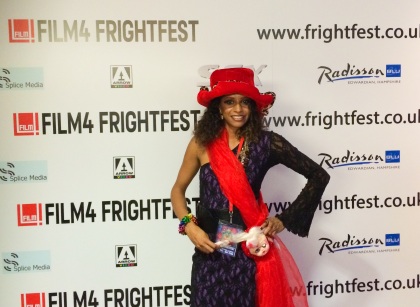