In the beginning there was Frankenstein and his monster, the Inventor and Edward Scissorhands and now there is Sammm Agnew and Frank.

Effortless passion and artistic flare created this being. I had the unique opportunity to meet him and find out his story too.

‘Frank was created for the short film Dregs which will be coming out in a few months, so far he’s had quite a lot of fun party evenings here’ says Sammm giggling.

He appears comfortable in his surroundings as he sits humouring me. It’s as if he’s an old soul from the past. He feels solid and so he should be as he is a resin skeleton.

‘A bit of an armature was built up using string, tissue paper and on top of that, various acrylic tones, like orange, brown, yellow and black and liquid latex which was draped lovingly over the top to create this putrefied kind of flesh. It looks really nice when glossed up. Its obviously not good to gloss up latex with baby oil because it breaks it down and it’ll start rotting, but when he was in situ, we had to clean him up properly otherwise you get a bit of mould growing’

Although it appears that Frank is high maintenance, Sammm’s admiration for him shines through – nothing is a problem.

‘We had a lot of limbs on loan from Pinewood Studios and we had to wash them all in the bath – that was very funny because it looked like we had killed everyone and Frank had to go in the bath also, but he does polish up well’

‘We also had little bits of rice scattered near him on set, like little maggots and a big puddle of water so it looked like he blended into the area…really disgusting and lovely’ 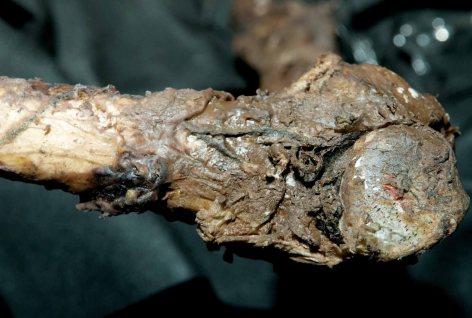 Frank is heavy to move, I’m afraid of touching him…after all I don’t want to step on anybody’s toes…

‘He’s quite flexible so you can do all sorts of things with him. It’s like having another actor that you don’t have to feed!’

With a healthy life at home, I wonder what the future is for Frank

‘Well he was rented out for the pre release of the Aliens Colonial Marines Sega game. He’s also been rented out for another film soon and he’s had a few photo shoots…some private ones! Parisian photographer Shad did a shoot with him recently’

Frank appears to be smirking as I leave. It’s clear that he wants time alone. After all life in the limelight must take it toll. I can’t help but admire the relationship between Sammm and Frank. It is clear he was made out of love.

@darkheartslondon fashion film is out!
Excerpt from one of my reviews quoted in Spanish for
Being a one woman 'band' and content creator can be serious business but...got to laugh at myself too!
Newsletter 4 is out and is packed full of sexiness, films, real life talk. Honest and totally transparent. With the dark comes the dark and then some light.
Sexy melodrama music videos, forgiveness and crushed souls. Real talk in my latest newsletter.
Newsletter 4 is out!