The Point of Horror

The origins of my interest in horror lie in a cardboard box in the attic. It is a collection of Point Horror books I read as a teenager. I was around thirteen years old when I first got a taste for them. I was reading Sweet Valley High, a popular teen novel of the time, but was confused about whether I was reading it because I liked it or because everyone else seemed to be reading it.

I had already exhausted Roald Dahl classics such as The Witches, James and the Giant Peach and Matilda. For me, these books were far more enjoyable. They tickled my fondness for dark fantasies. Dahl has a knack for making the normal seem grotesque and that suited me just fine.

My hunger for the macabre was encouraged with the arrival of the Goosebumps series of books. I discovered them in the late 90’s but they were already popular having been in circulation since the beginning of the decade. They made the bookworm in me seek out stories of a more adventurous and intense nature than anything found in Sweet Valley High. And one fateful day after school I discovered the Point Horror section in W. H. Smiths.

Instead of spending time stealing clothes in the store next door (that’s another story) and leaving with a countless amount of pretty training bras worn under my clothes, I stole towards a better purchase, one where I would pay over the counter honestly.

Although my mum would buy me a book every two months or so, I was fluttering through the Point Horror collection with a vengeance.

Soon I was saving up my weekly school dinner money of £2.00 a day and investing in more books. I was reading two to three Point Horror books a month. 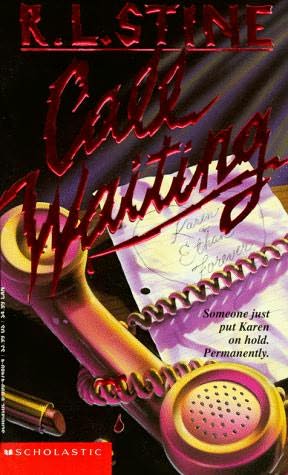 R. L. Stine was an author I gravitated towards after seeing his name in the Goosebumps Series. I started with Call Waiting a creepy tale about a killer who called his victims before he killed them.

Point Horror had a gift for making their books appealing and exciting to young readers. The illustrations on the front covers were filled with colours, menacing or even horrific imagery. You could even run your finger across the embossed covers, the trickles of blood raised to the touch of a finger.

Beach House, also by R. L. Stine, was another terrifying tale where a series of characters ended up what seemed to be hard done by. This story was particularly interesting as it was told in two different time periods. Point Horror was not only introducing me to new stories of terror but also to new ways of telling those stories.

Unlike Sweet Valley High there was always a sense of unease at the end of a Point Horror book, one that made me want to read even more. Not everything was wrapped up and resolved. Happy endings were rare. . . a bit like real life.

When I was fifteen I gave up Point Horror but it wasn’t so much a goodbye as an introduction to a genre I love. And at sixteen I picked up a new fantasy book from the shelves of W. H. Smith. It was a book that changed the way I viewed horror. It was my first contact with a true master of horror, Clive Barker. And that book was Weaveworld. 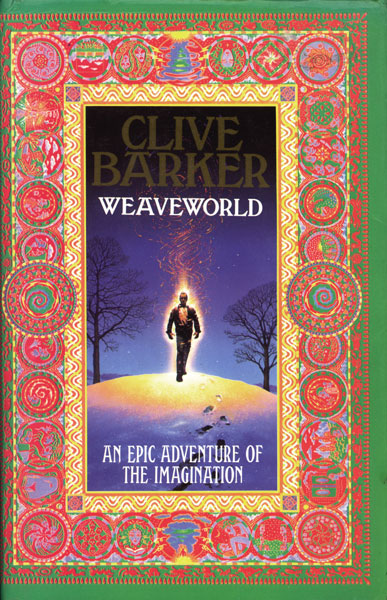 A Night in Bedlam »
« A Life of Horror

2 thoughts on “The Point of Horror”