It was a Friday night and the girls and I decided to let loose in the way we know best. An evening of occultism, magik and strange curiosities via Viktor Wynd’s Museum of Curiosities at the Last Tuesdays Society.

The night had started a little spooky in the sense that, an honest appearing homeless man approached us for some change; he was quite specific in his needs and, claimed that he just needed a little more money for the hostel so that he could have a shower and a clean, warm bed for the night.

Normally, I don’t give money, as I usually pop to a shop, whether it’s Mcdonalds, Pret or some other food establishment and buy a meal instead.

But as London is in the midst of a homeless crisis, we are never far away from adversity in our own living situation judging by the state of London’s housing issues, this time my friend Iris and I gave the man ‘some cutter.’

We then embarked on a conversation led by the man about enjoying life, having the basic necessities to survive and accepting where we are in life. It seemed profound and although he was intense, and made some very interesting points, I couldn’t shake the feeling that there was some subtext to his words and that we needed to delve deep between the lines.

At this point my friend Sam marched back again and pulled us away gently and we said our goodbyes.

She quietly told us that the man had Dissociative Identity Disorder – just a bit of background, Sam is a trainee transpersonal psychotherapist and always seems to be spot on when it comes to certain disorders of the mind. I believe she was right in her diagnosis as the man began to follow us and then picked up his pace, so then we all started running with her saying ‘I told you so!’ and thus bolted into the Viktor Wynd Museum. What a way to enter a place equally as creepy and yet welcoming as what we’d just experienced.

The moody esoteric surroundings of the bar subdued our heightened emotion as the staff served us drinks. I had the opportunity to speak with one of the bar tenders about the museum and the mysterious collector named Viktor Wynd.

You can listen below 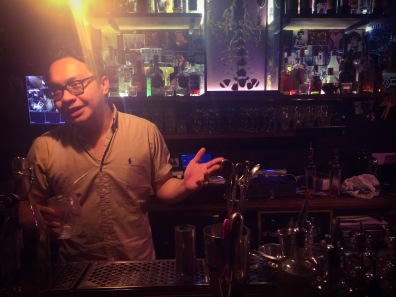 Down the winding narrow steel stair case, a treasure trove of strange occult inspired collections were displayed in glass cabinets, some hanged and shelved in all manner, glared at you. 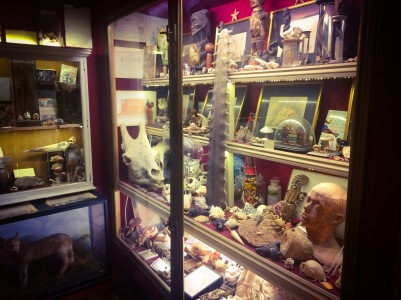 There’s taxidermy, masks, literature, fine art, skulls, objayda beyond your weirdest imaginings. I was immediately attracted to The Gnostic Temple of Agape; a temple housing the most exquisite spell table from the early 20th Century. The Temple’s custodian is called Rufus White who has been open to welcoming new initiates and devotes.

There was also a cult associated with the temple, although the movements and works of the cult are still being discovered and are yet to be disclosed as information has been lost throughout history.

I was also pleased to learn that the Temple of Agape is open to booking small gatherings at a cost and is still used for spell work and various alchemic practices. Perhaps Wickergirl may hold a motivational love divinity-inspired séance there one day and of course tarot readings.

Other artefacts which caught my attention especially walking down the staircase and into the museum, was this little fellow (see image below). A sheep-beast with masses of curly hair and sorrowful yet accepting marble eyes. I believe this might be part of Viktor Wynd’s Polycephalous Specimens.

Graduating deeper into the arcane sanctuary, I came across a skull or perhaps best described as a mummified head named a Marind-Anim Skull. The Marind-Anim are also known as the Merauke Tribe, originating from South New Guinea and are famous for head hunting.

It’s said that skulls of ancestors were used in celebrations and ceremonies. But they could also be used in warfare, to insult the enemy and some believed that the spirit lived on in the head which is used again as a deterrent or power against others.

This is often re-enacted in popular culture, especially films with a voodoo context, you’ll see that the skull is a common ground to summon spirits or ward away enemies, the raged shunting of the skull, thrust into the air as a threat is a well-recognised motion.

In the Hornsley Chamber, the amusing and somewhat cute puppets from Stephen Wright’s House of Dreams have an essence of both love, infancy, innocence and, perversion. At a first glance it conjures an ‘Awww how…cute but oh, something is a little dark and strange here,’ resulting in some confusion.

The House of Dreams shrine is filled with various art from South America, some religious artefacts and other items which could be referred to as junk. Again, someone else’s junk is another’s prized collectables. 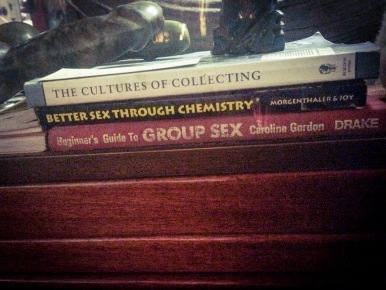 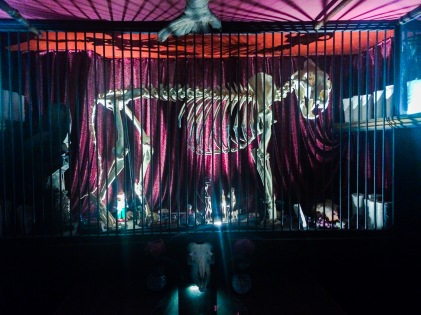 It’s fair to say, that this is a museum which has to be visited a few times because there’s too much to see and take in. With the space being housed at such an intimate venue, it’s easy to miss the smaller things and get distracted by other collections.

The variety is admirable and there’s much to absorb and learn along the way.

It makes me want to know more about Viktor Wynd and the sentiment of a collector.

I also wonder what the lines are between a hoarder and a collector.

This makes me question the habits of my grandparents.

When I was clearing out their house after the death of my grandfather, there were artefacts upon artefacts which I actually decided to keep (against my father’s protestation that I’d have to get my own storage unit since he wanted to bin everything).

I collected letters written to my grandparents from people all over the world, over forty funeral programmes, as in black culture, funerals are an event therefore over the years my grandparents attended many. I think nearly a hundred-people turned up at my grandfather’s funeral.

Then there’s the African masks and other items gifted to them or generally from their travels, strange religious paintings, holographic Jesus’ and other religious paraphernalia from the 50s, vintage lamps etc.

But the question is, are all these things accumulated as a hoarder or as a collector? Culturally speaking, my grandparents were of the Windrush generation, therefore the items they acquired were stepping stones to building a home, settling in a new country and embracing a new culture.

I believe this is probably why I saved many things, because not only do they make incredible film props, but one day I want to be able to show others the life they built and all the weird and wonderful things they collected along with the people they met from all walks of life.

I now believe there’s a definitely something of a collector in all of us, even the minimalist!