Every year major cities around the world celebrate the Indian religious festival of Vaisakhi; a rich and vibrant event relished not only by Sikhs, but also by others who appreciate and love to experience the diversity which culture has to offer.

Whilst this isn’t your typical blog relating to anything horror, the core themes of this festival along with its ceremonial traditions do elude to a deep sense of struggle, patriarchy, liberation and a story which comes full circle and leaves a legacy through the religion Sikhism. Sounds all so cinematic!

Vaisakhi is not only a celebratory affair, but a remembrance festival for a Guru named Guru Tegh Bahadur. Bahadur, was beheaded under the orders of Mughal Emperor Aurangzeb after standing up for freedom of religious practice and refusing to convert to Islam. Soon after, the formation of a group called the Khalsa arose. 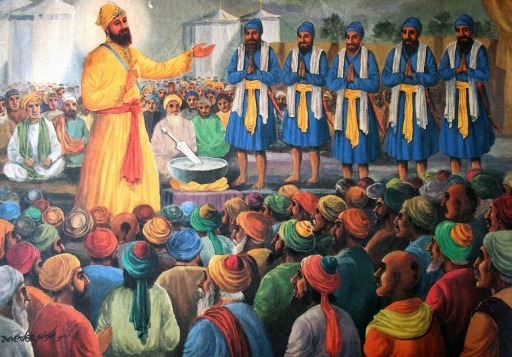 Khalsa stands for ‘pure/genuine,’ and was initiated by Guru Gobind Singh. It signifies the path of discipline and devotion as detailed in the Granth Sahib which is the holy scripture of Sikhism filled with hymns, poems and line compositions.

The symbols of the Khalsa are known as the 5 K’s items of which most Sikhs have in their possession: A Kesh, Kangha, Kara, Kachera and Kirpan.

Vaisakhi is also a day when the Jallianwala Bagh Massacre in Amritsar occurred in 1919, when Vaisakhi pilgrims were punished for not conforming to a curfew commanded by Colonel Reginald Dyer an officer of the British Army.

It’s said that 379 people died during the shooting, although this figure is unconfirmed. 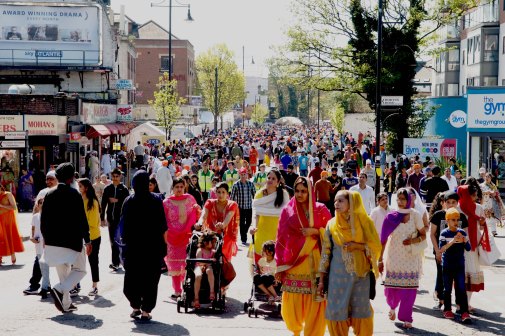 This year, a freakish heat wave turned Southall into India for one day, and whilst outsiders already refer to Southall as little India, the sweltering heat made the town’s inhabitants appear more authentic with all traces of London dissipated in the curry-infused air.

Gone were the traces of westernisation in some corners of the streets, as traditional attire sparkled and dazzled, blinding the cameras with native chic.

The procession known as the Nagar Kirtan started two hours or so later than the assumed time, but when it began, the ceremonial gala detonated the area with a medley of Indian song, chanting, drumming and women on the back of trucks listening to booming Bhangra.

Walking for hours on end amongst a crowd of thousands obviously worked up an appetite, and one thing you can be certain of is that Indians cater for everything and under any circumstance! Food was generously provided, delicious coconut potato curry (my favourite) along with other mouth-watering culinary delights kept energy and spirit levels high.

In the past I remember attending the festival with my mother and aunts, but it seemed to be more substantial this year. Vaisakhi appeared to be the perfect representation of London’s growing population and the welcoming of different cultural practices. We are very lucky to be in a multifarious metropolis. I hope that never stops, now that would be horrific.

So I welcome you to gaze upon the wonder of Vaisakhi and enjoy a historical event which continues in sacred and inclusive solidarity.

Please feel free to play the audio recording taken from various parts of the procession whilst you look through the images. 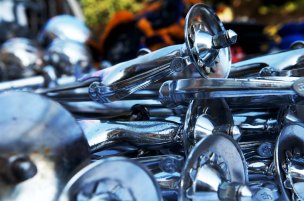 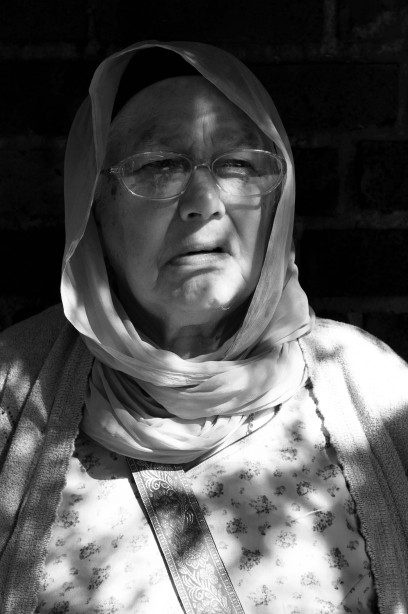 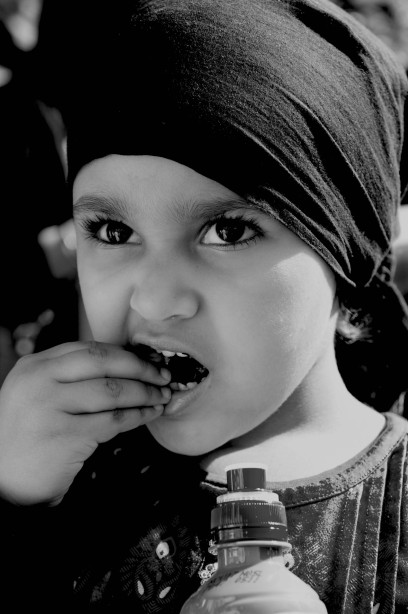 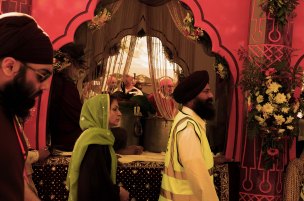 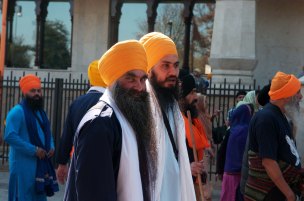 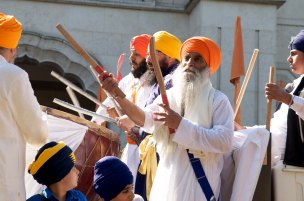 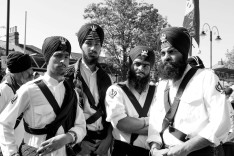 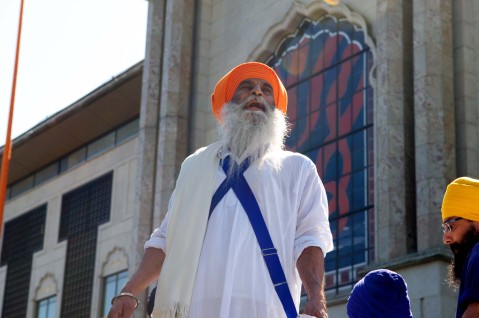 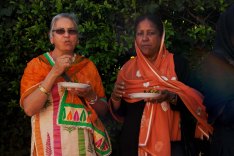 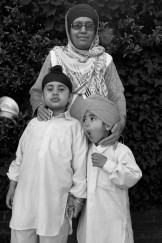 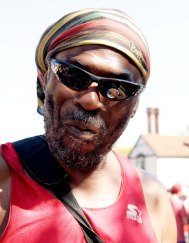 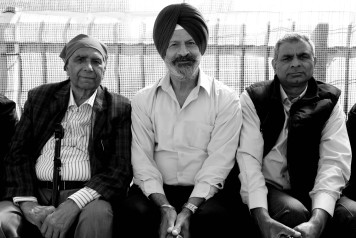 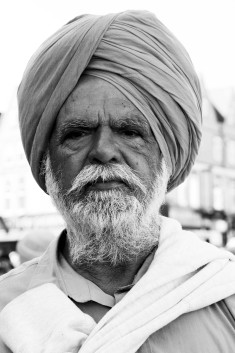 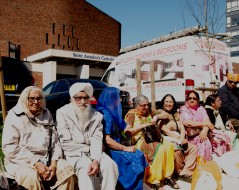 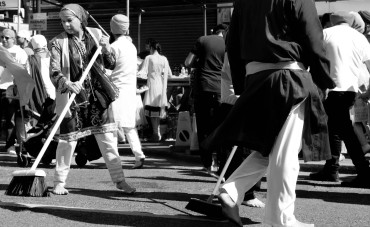 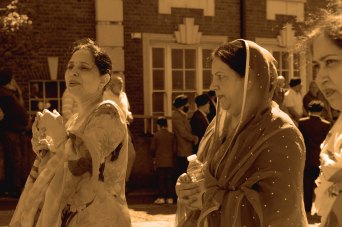 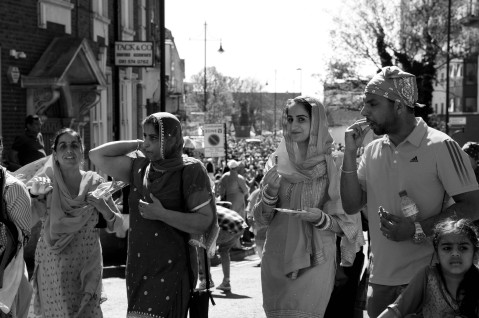 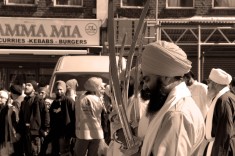 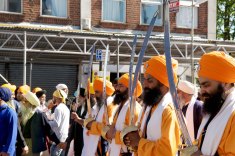 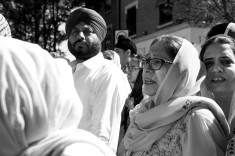 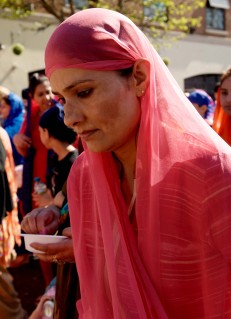 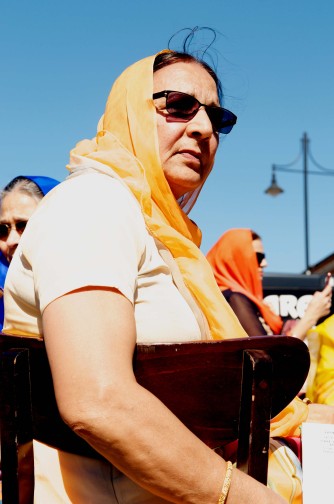