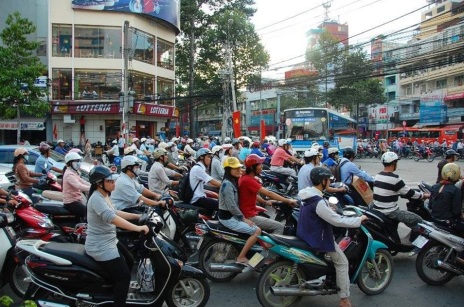 If you think that the London metropolis is a busy sight to see, then think again as the roaring motorbike sounds of Ho Chi Minh city will never leave you feeling alone as it’s a city made up of a constant barrage of energy and life. It’s a city for the living, awake and alive despite the poverty which you’ll experience and see first hand if you visit. Vietnam is a country that is developing fast with areas already singing dystopia grime-fantasy and developments which scream futuristic cyber living. The future we felt was so distant feels steps and moments away from a society that could be reliant on augmented reality and cybernetic transformation.

Seeing this, I began researching the place where I wanted to shoot my film.

Before I left I had the plan of doing a casting, recce and concept film for the main film project which I will have to crowd fund for. I knew that there would be challenges in terms of trying to shoot a movie in a completely different country, but there were quite a few cultural differences which I didn’t expect that resulted in me having to change my plan.

I had networked with people whilst in London and there are a few choice sites where film makers in HCMC connect or advertise their skills. I was lucky to have found a young actor and filmmaker called Gattino who was keen to help me. We met the day after I arrived in HCMC and spoke about the film.

I had planned to hold auditions but I was only going to accept showreels before inviting people to audition. Although I had received a handful of reels in London, it did strike me as worrying that I hadn’t received much interest. Where were all of the actors? This is where the first cultural difference came in. Many actors in Vietnam don’t have showreels. It’s not something that is done. If you’re an actor, you’re an actor. If you say you’re an actor and haven’t been in anything, you’re still an actor. End of! Facing this mentality was difficult because whilst I had many people showing interest, they didn’t have show reels nor feel the need to have them. Gattino then threw another spanner in the works. Finding the kind of actors I needed to act in my Sci-Fi erotic horror movie was going to be hard. I was looking for actors who were quite ‘out there,’ animated actors who are going to push the boat out and have the ability to act strange and creepy characters. 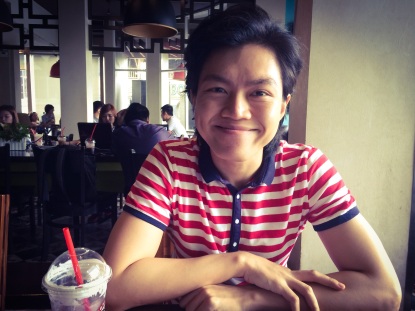 At this point, Gattino was the only actor I found who would be prepared to play strange and creepy with his method acting skills. As he keeps on telling me until this day:

‘It’s all about pretty girls and guys with fair skin, straight noses and love stories.’

With this in mind I set about attempting to change the non-showreel norm. I posted an advert to a few of the film groups asking for people to send videos of themselves acting a character expressing any of the few emotions such as happy, sad, angry, in love etc. I explained that people could use their camera phones and film themselves. This proved to be helpful, as it resulted in me getting a steady stream of showreels. But there still weren’t enough actors. I was still slow in finding talent. I would simply need to find another way.

Luckily, Gattino is a film student at the Saigon International Film School. My friend and cinematographer Louis decided to take a trip and watch one of Gattino’s classes in action. It was also a prefect opportunity to network with actors and scout for talent. It turned out to be a really eventful evening, the students were amazing as we observed their mime class. The lecturer welcomed us and seemed happy for us to use some of his students.

After the class I addressed the group and asked if any of them would be interested in auditioning for my film. It was a step in the right direction at least. Perhaps they too would spread the word.

That night I set up a film group called From Me To You and added all of the students. It wasn’t before long that more people heard about me wanting to make a movie in HCMC and others around the city started adding themselves and a dialogue began.

With a few actors trickling in here and there, I knew I needed to crack on with the recce for the main film and shoot the concept film. But with it being four days already into my first week, there was so much more to do. I had to find the actors for my concept film and the locations too.

“Simi, you need to ditch the idea of the doing the casting and recce for the main film and think about the concept film.” Louis Barber Corallo.

Yes those words haunted me but Louis was right. I had spent the first week searching for locations for both the main film and the concept film, but was no nearer in securing anything for either. A day out around China Town (because it’s a huge sprawling district) with Lam, the father of my old school friend Cecilia Tran (her parents moved back to HCMC a few years ago), was able to take me around. Talk about a coincidence. It was a good day, but I couldn’t find any beautiful ornate lantern shops around.

Another challenge, but I was able to find these…I’m thinking Hoi An though.

The week had passed and people were helping in suggesting locations for our film.

As we were trying to locate a run-down brothel-like room, we were advised to go to Pham Ngu Lao which is a backpacker district. I researched hostels/hotels that had been given bad reviews on Trip Advisor, rooms that screamed of nightmares and regretful rendezvous’. Louis and I spent a day looking in different hotel rooms but to our surprise all of the bad hotels/hostels just weren’t bad enough. They were too clean or had had some minor renovation.

“Most people operate their personal business in their homes,” Louis explained. It made sense, all the seedy underhand business to be done in the privacy of one’s own home. Perhaps we needed to change the vision and look for…a house or at least someone who would offer their grotty mould infested room. I guess finding someone to admit to that is another matter as we discovered. 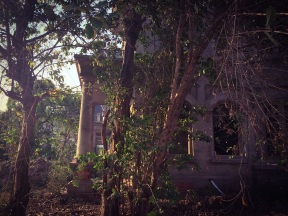 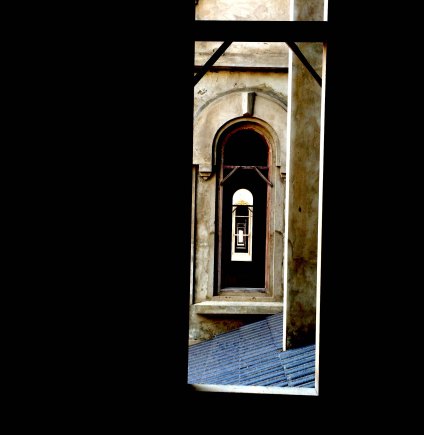 With people continuing to lend their aid, we were led to a haunted location full of abandoned houses. Gattino and I travelled for an hour across Phu My bridge, the Saigon river and to a place that felt very much different from the city. At first we tried to find ways in which we could sneak in, but everything was gated and locked, not to mention the dogs. A local woman in a shack approached us asking what we wanted and then told us that her husband works as a security guard on the premises. She then called her husband and he gave us the number for the businessman who owns the development. Gattino spoke to him and stressed that I was a foreigner wanting to make a movie and asked whether we could take a look at the location. It was only later that Gattino explained that if he had asked whether he could take a look or that he wanted to make a movie, the man probably wouldn’t have let him and that it was because I was a foreigner he let me onto the premises.

We spent the rest of the afternoon scouting the haunted location. It was so much fun, empty derelict rooms, lost belongings, dusty bric-a-brac and a sense that souls were floating around waiting to be placed. To be housed even.

The pressure was mounting with only a few days until the concept shoot with no location and only one actor. Things needed to change. Focus on the concept film was requisite.