My new film From Me To You – The scriptwriting process

After numerous rewrites and months spent actually understanding every element of my up and coming film, my script is finally ready and From Me To You begins it’s journey from script to screen. 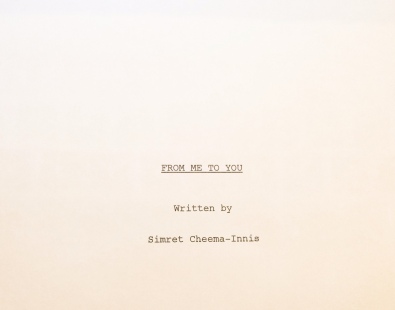 This film is quite personal because it’s something I’ve been curious about, being a natural voyeur and experiencing the flaws of men first hand. Now that sounds really anti-men, but actually it’s quite the opposite. For a lot of women, the turning point in ones life can be turning 30. We begin to evaluate what we think we should have achieved, or should have or want but we don’t. For some of us, we suddenly become aware of time and that our biological clock is ticking. I’ve also met men who have felt the same when it came to turning 40. That sweet point just a couple of years short of the big 4 0 where some men become compulsively scared of commitment, anxious of settling down and a desire to have that one last party. Maybe it’s not a last party, it’s just how he wants to live his life from now on or recapture something long forgotten.

In From Me To You we follow 39-year-old Ryan a man who feels pressurised by society and although he has a lovely fiancé called Rose, a good job and potentially a good life ahead of him, he decides that he doesn’t want to conform, settle down and have a family. He doesn’t want to do what is expected of him because, to him, that would be too easy. He wants to have an adventure and experience life’s wonders. So with this in mind, he leaves his fiancé Rose in search of finding himself . His journey leads him to Ho Chi Minh City in Vietnam. Except when he arrives, he finds himself in an altogether different world, full of its own weird cultures, discriminations and aliens who live amongst humans that have to conform and pretend to be humans in order to be accepted. Consumed by guilt and coming to terms with his choice of leaving Rose, he chases a road of destruction. A path which leads him to a night with an alien prostitute which provides him with the most unique and ecstasy filled sexual experience that he’ll never forget. For the alien prostitute it’s the same, as although copulating with humans is illegal, it’s where they consume the most pleasure, they can’t do certain things with their bodies when they have sex with their own kind. But this kind of behaviour is frowned upon because it’s highly risky and when Ryan realises what he’s done, he’s left questioning whether he should’ve left his beautiful Rose. 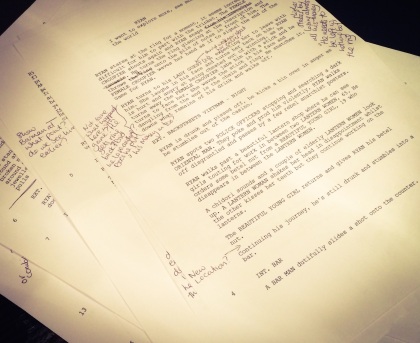 It took me a week to write the script and then eight months to rewrite and has gone through quite a few narrative voyages. At first it was ladled with pointless characters who filled the page with woody dialogue and didn’t add anything special to the story, so they had to go. And then I had to try and minimise all of the clichés which is difficult and I’m sure slightly unavoidable sometimes but I’ve tried my best!

I’m lucky to have had writer friends provide me comments and suggestions along the way to make the story more believable and ensure that all of the points in the script were understood by the audience. It became an exercise of practicality, so trying to establish the fact that aliens were living amongst humans in Ho Chi Minh City. I had to devise ways in which the audience would understand this and create a world where you could sense that something wasn’t quite right.

Then there was the making of Ryan as a character. I didn’t want him to be a complete dick. Although he left Rose, he is constantly thinking about the choice he made, even through his thoughtless and careless actions. At the same time I wanted to create some kind of love connection between the alien prostitute and Ryan. He is curious, but also in need of affections. The alien prostitute on the other hand is also longing because it’s liberating for her to go with a human, her body can reach the most exquisite states of pleasure, so she has a soft spot for Ryan also.

This brings us to the alien sex scene.

Comments from my narrative buddy and fellow writer Gareth (AKA @Deathofsanity) who’s been helping me along the way were:

“This reveal of the tail needs a little more work I think. And the transformation itself. It might be better to weave a gradual transformation during the carnal act.”

Writing the sex scene was cathartic, but it was also the hardest thing to do. I had the ideas in my mind’s eye and knew what I wanted, but I had to ensure that everything was logical like getting from A to B whilst all the crazy things are happening in between. Gareth was able to help suggest ways in which to make my vision clearer. It was important to get a man’s view also because although I could really imagine and visualise what it would like to feel as an alien woman with all of those sensations, especially with additional anatomy/appendage, I needed to get into the mindset of Ryan, how his body would feel during this intense and very different sexual experience. This is where Gareth came in and helped me clarify such sensations through the physiological. 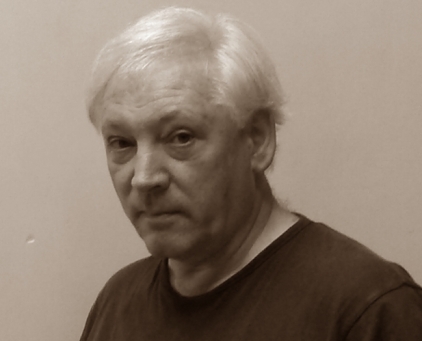 Just as I was about to lock my script I met screenwriter Paul Gallagher by chance, the founder and director of Euroscripts who offered to read my script. It was a sign of Christmas goodwill! A week later Paul and I spent an afternoon going over his notes. We had to make Ryan’s character stronger and add more empathy. Also the dialogue, as minimal as it is needed to be punchier, so Paul made some suggestions. He also put me on the spot a few times and said ‘Well how would you react after some guy did that to you?’ He questioned Rose’s character, how to make her stronger too and more reactive.

Then there were the logistics so for example we had a really chunky scene where there was an altercation with alien chefs and their human head chef and Ryan wasn’t really involved. It seemed like he was just a bystander, so I had to find a way in which to make Ryan part of that scene since we were following him in the first place. I suppose if it were a feature film we could steer off him for a while and they’d be more time to play with, but with this film being a short, I had to be careful not to detract from Ryan’s story. 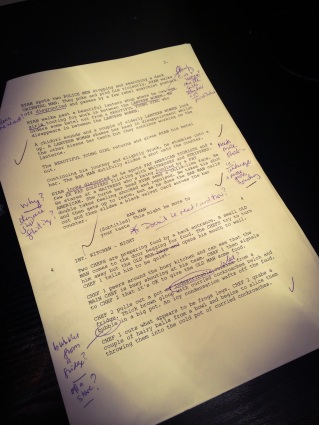 In talks about the sex scene Paul said the pacing of this has to be right, to work on conveying the emotion during the experience, well that’s all down to me the director. We plan to talk more about that when I’m back from my research trip.

All in all it’s been a great journey so far. Even my fellow woman horror film director friend Prano Bailey Bond has given me advice, especially in terms of directing and how I can visualise certain scenes, right down to the ways in which I write descriptions in the script, the character actions and simple things that I oversaw, when it comes down to directing the scenes and the actors.

Check Prano out here because she’s an inspiration, a great support and her interview will be on my blog soon.

Now the script is complete, it’s time to go and source the cast and recce the environment. Why Vietnam you ask? Well that’s for the next blog post!