Having first met Tom at the Broadcast Video Expo a week back at his writers workshop, I was thrilled to get the chance to attend a special Q&A and screening of his film. 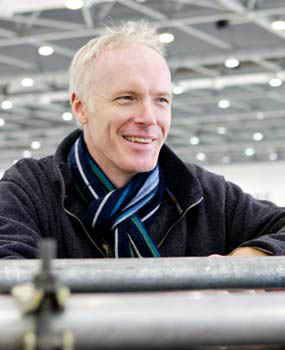 The Patrol tells the story about British armed forces deployed to the Helmand Provence to fight the war on terror. It follows a group of British troops on ‘Operation Icarus,’ who begrudgingly continue on their mission whilst struggling with poor equipment and no clear guidance as to who their enemies are and what their mission is.

Eventually after fighting invisible enemies…and their resources are fast diminishing, the soldiers rebel against their commanding officer and make a stand. 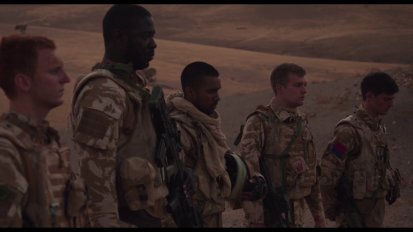 If you’re expecting riveting war scenes, masses of explosions and an abundance of political agenda, you can think again.

What this does is give you with the soldier’s story and gives audiences a clear view of British soldiers supporting a war that didn’t have a political strategy.

‘I wanted the film to feel newsworthy, not stylised widescreen as I wanted to make it as real as possible,’ Tom Petch commented at the Q&A session. 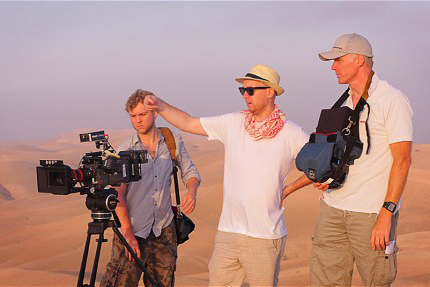 And credit to Tom Petch as this is beautifully portrayed through character Smudge (Nav Sidhu) who is the questioner throughout the movie, creating tension amongst other soldiers as they come to terms with their predicament.

There is a strong on-screen presence from all actors and this makes sense as apparently Tom put actors into a boot camp in Morocco for two days. He also split the cast up for three weeks so there was tension between them when it came to the shoot.

‘We were trying to get into the headspace of these guys,’ Nav Sidhu commented at the Q&A after the screening.

The Patrol has been released through the army network. It is currently being shown to veterans but not to returning soldiers and families.

‘The British army has always had shoddy equipment and it was important to have wider discussions about the war. It is also raising the question of why it took so long for anything to change.’

Needless to say that The Patrol is a small gem in the low-budget film world. It’s easy to watch, entertaining, empathetic and informative.

Catch The Patrol in selected cinemas across the UK here: