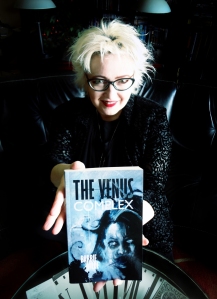 “So sweet of you to come back,” a quote that might just reignite your memory of Hellbound: Hellraiser II and once again fill your mind with horrific imagery.

One outstanding role in Clive Barker’s mythological tale was that of the Female Cenobite played by Barbie Wilde.

But Barbie isn’t just an actress, she is also a writer having just published her book The Venus Complex. It’s the story of Professor Michael Friday, a calculating individual who finds that his desire for killing becomes an obsession.

In this exclusive interview with Barbie, she talks about Cenobites, The Venus Complex and her future projects. 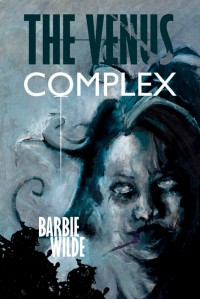 “I’ve always been interested in the criminal mind. As a kid, I’d devour Sherlock Holmes stories. I even made up a backstory for Professor Moriarty to explain his evil ways. When I first came across the phenomena of the serial killer many years ago, I was fascinated by these humans who regarded others with such a lack of empathy. I felt that many serial killer novels don’t really explore the sexual mindscape of the murderer and what really makes them tick. That’s why I wrote The Venus Complex.”

“As they go, I come. I shoot my seed into their hot little pussies at the same time as their spirits disappear on their final journeys.” This explicit sentence is just one example of Barbie’s flare for describing sexual desire. Sex is a strong theme in the book. The descriptions are graphic in nature and provide a grotesque insight into the mindset of the serial-killing protagonist. Barbie explains how she was able to conjure such dark thoughts.

“I started out writing the novel quite conventionally in the third person, following the storyline of a female psychologist tracking down a serial killer. However, in the end, I just felt that this approach had been done too many times before. I decided to scrap what I’d written so far and start at the beginning, writing from the perspective of the male perpetrator. It wasn’t easy, of course, but I did a lot of research, even reading the writings of serial killers themselves, to get a feel for what it is like to be a guy teetering on the edge of reason.”

And what about the sex?

“I guess I did my research well,” she replies, leaving the rest to my imagination.

In The Venus Complex, Professor Michael Friday obsesses about the world and is consumed by ideologies of what is wrong with civilisation. As in Salinger’s The Catcher in the Rye and Nathaniel Hawthorne’s The Birthmark, Professor Friday appears to be an existentialist. Barbie explains how she created this angry and obsessive character.

“I’d like to point out that all the opinions of Professor Michael Friday are his own! Seriously though, when you create a character as angry as Michael, you have to imagine what would enrage and exasperate him. I had to put myself in his shoes and then let him take off on his rants. Of course, there are some rants that I totally agree with him about, like the ones on Christmas and the state of American television.”

Professor Michael Friday is a man possessed as he continues his killing rampage, creating new ways of defiling women and taking their lives. The Venus Complex could be a serial with its diary entries for chapters, cliffhangers and addictive plots.

“Since The Venus Complex has been published, I’ve been asked a lot about a sequel by readers and I am considering it,” says Barbie.

As a horror icon and actress Barbie Wilde has a wealth of experiences to write about, from Hellraiser II to Death Wish 3. Her sinister portrayal of the Female Cenobite is intense and terrifying. I asked Barbie about the challenges of working on Hellraiser II. 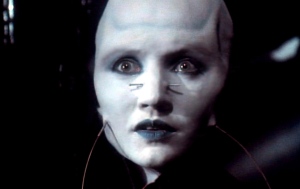 “Filming Hellraiser II was a long process because working in prosthetic makeup means that you have very early makeup calls and late nights, at least an hour to remove the makeup, after everyone else except you and your makeup artist had gone. I was in the chair for the makeup application for four hours and the costume took half an hour to be laced into. However, the makeup crew were just brilliant and my fellow Cenobites were fabulous company.” 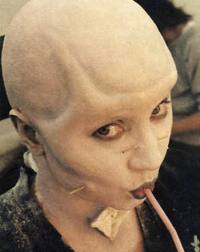 “After the makeup process, was the waiting process. Sometimes we’d have to wait eight hours to get in front of the cameras to film a scene lasting just half an hour. But hey, that’s showbiz!”

As a Cenobite Barbie is no stranger to chains, leather, harnesses, self mutation and bondage, but I was curious to find out whether she had immersed herself in Clive Barker’s stories prior to starring in the film.

“I’d seen the first film and I’d read The Hellbound Heart. I thought both were exceptional. Clive created a unique mythology that has really stood the test of time.”

Working on the film also gave Barbie some extraordinary moments that will never be forgotten.

“They were all pretty memorable, strolling past the bug wrangler’s cages for the first time and seeing all the cockroaches needed for a shot.”

“Walking through a room of swinging anchor chains, real ones in one of the last Cenobite scenes and seeing poor Doug Bradley getting hit in the head with one of the heavier chains and thinking he was a goner. Luckily, he just had one of his pins knocked off, not into, his head.”

“Having a laugh with Ken Cranham, Doug, Simon Bamford and Nicholas Vince in the makeup room and serenading them with my version of Mein Herr from Cabaret. Arriving on set for the first time, after flying from the States all night and seeing Dr Channard’s bizarre lair, full of strange grotesque things in jars and multiple Lament Configurations was a really mind-bending experience for a jet-lagged brain.”

So what is next for this woman in horror?

“I’m working on a vampire novel. One with a difference I hasten to add. There are no sparkly vanilla vampires in my book. As I mentioned previously, I’m thinking about a sequel to The Venus Complex. I’m co-writing a musical drama for stage and screen. I have two short stories out in two new anthologies: A is for Alpdruck in the Demonologia Biblica anthology for Western Legends Press, as well as a reprint of my most disgusting short horror story yet, Polyp, in The Unspoken anthology, which is edited by William Meikle. All profits go to the Beatson Institute for Cancer Research. I’ve just finished Zulu Zombies, my first zombie short story, again with a difference, for the Bestiarum Vocabulum, a new anthology edited by Dean Drinkel that should be out in the late summer of 2013. And another short horror story, Botophobia a morbid fear of basements, will be out in the Phobophobias anthology at the end of the year”

Barbie has bought Clive Barker’s Lament Configuration back to life with her creation of a Pandoric, a puzzle that opens the gateway to heaven or hell.

“I’ve been working with Eric Gross of The Followers of the Pandorics, co-designing a Pandoric dedicated to the Female Cenobite character, that I created for the Hellbound Hearts anthology. I’ve also written a “further adventures” story to accompany the Cilicium Pandoric.”

It’s good to see Barbie continuing to make her mark in the horror genre but can we expect to see her stories crossover into film?

“I’d love to have a film made of The Venus Complex. Also, I’ve had some interest in one of my short horror stories being made into a film, but I can’t go into details on that one yet.”

Barbie Wilde is multifaceted with an impressive collection of movies, TV series and books under her belt, so it will come as no surprise to see her work on the big screen one day.

A quote from the Female Cenobite in Hellraiser II comes to mind. “Perhaps you’re teasing us. Are you teasing us?” I hope Barbie isn’t teasing us, as I look forward to devouring her next book…or, with any luck, movie.

For more info, news and reviews, please go to

You can also find this great Cenobite video here